Back in the days if you wanted to look cool or show your celeb status in your drive way, you had to have a Hummer with “28in” on it; it was the ultimate swag. Everyone, literally everyone, in show business had one, from Mike Tyson to Britney Spears. Even the most anticipated basketball star Lebron James got one as a graduation present. (Wait! How did he pull that off? Hummm, anyway…)  With the tough look and military background made it instantly cool.

The Hummer was produced over three generations, between 1992 and May 24, 2010. The first (H1) represented only 11,000 units sold, but the following had 150,000 sales (H2) and 160,000 sales (H3). It was developed from the HMMWV military vehicle, the famous Humvee that army forces around the world also use, but created for private customers. According to some sources, one of the driving forces of this idea was Arnold Schwarzenegger, after seeing a military convoy during the recording of a film, but this might be a myth. But if that has actually happened, it would have been before the Governor surrendered to ecological engines, as the latest V8 LH8 with 5.3L of 300hp (remember this number) of the Hummer H3 has a combined consumption of only 17l/100km. Hummer ended up becoming even more famous for the model’s association with Hollywood stars and the musical world, especially the famous rappers who chose it to flaunt their wealth and power. 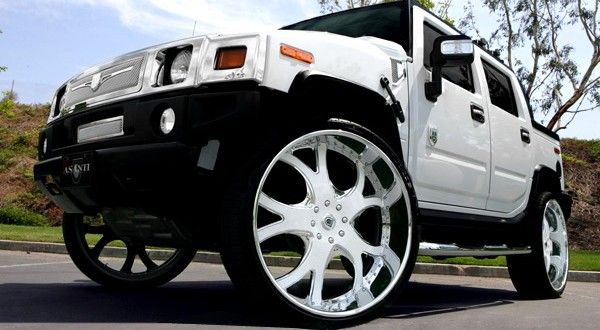 After all, even today nobody remains indifferent to the passing of a Hummer. This unique look was the product of several customizations, some of them quite famous. This is the case of the various Hummer limousines that can be seen in different places on the planet. 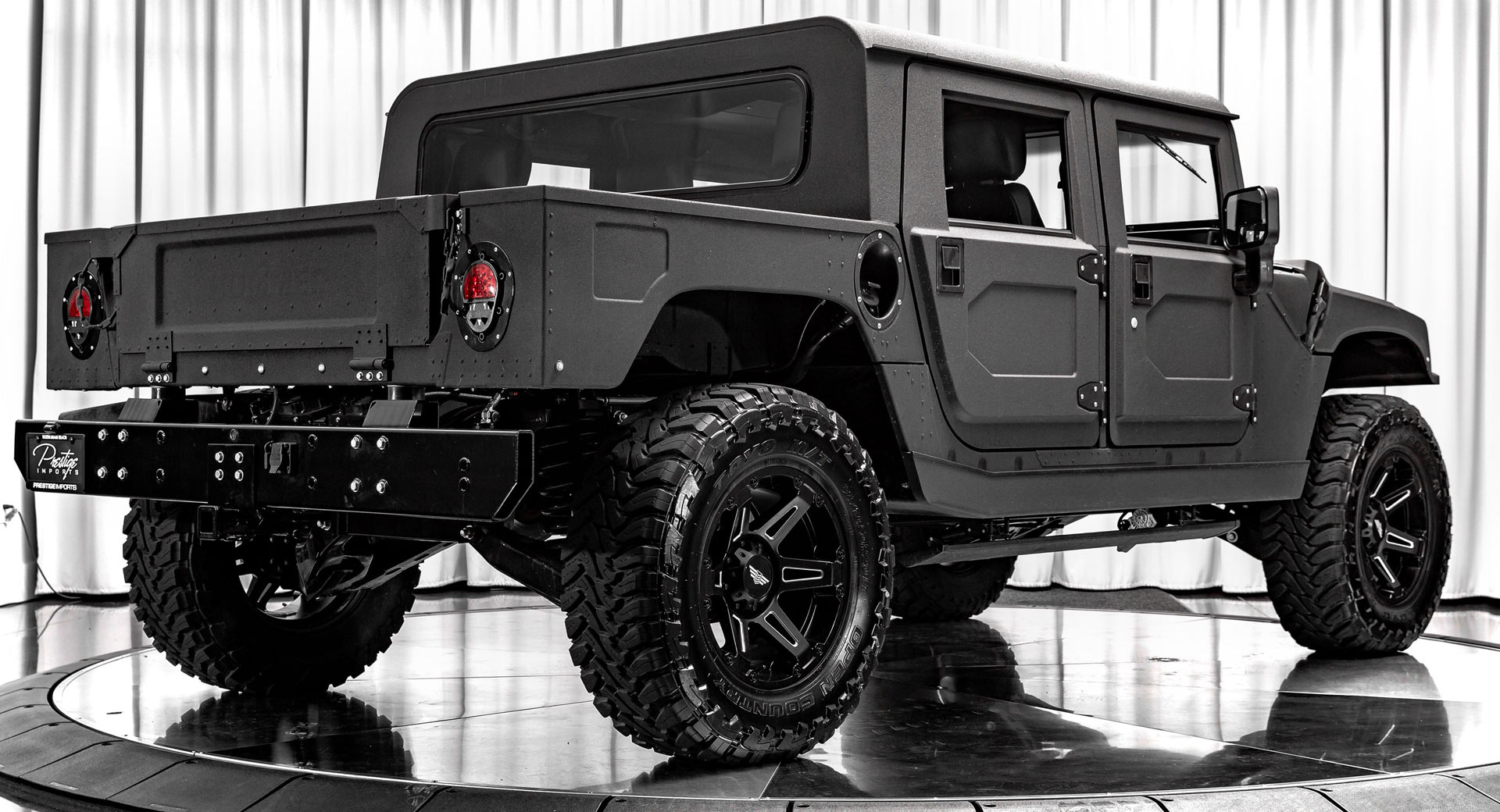 However, even all those accolades and the huge celeb fan club could not hold the downfall of Hummer a decade back. The brand lost space when it was considered a symbol of wasted gasoline.

Back then, the company was also involved in controversy. GM had acquired the company in 1998 and after the 9/8 economic and bankruptcy crisis, it announced its desire to shut down Hummer. But in the meantime, the possibility of selling to a Chinese company arose, in a process that did not evolve after the Chinese government refused the operation. China, one of the most populated countries in the world, did not want the reputation Hummer carried. They were concerned with the eco-environment.

Since then, lots of people imagined that that was the last time we would hear about Hummer in the auto industry. Wait! Wait! Wait! Not so fast. A few years back, with the booming of the EVs, a rumor of a potential Hummer comeback with a new identity was in the rise. Could you imagine an electrical HUMMER? I couldn’t, but it would kind of make a good comeback story from the bad reputation to, let’s say, a clean reputation. 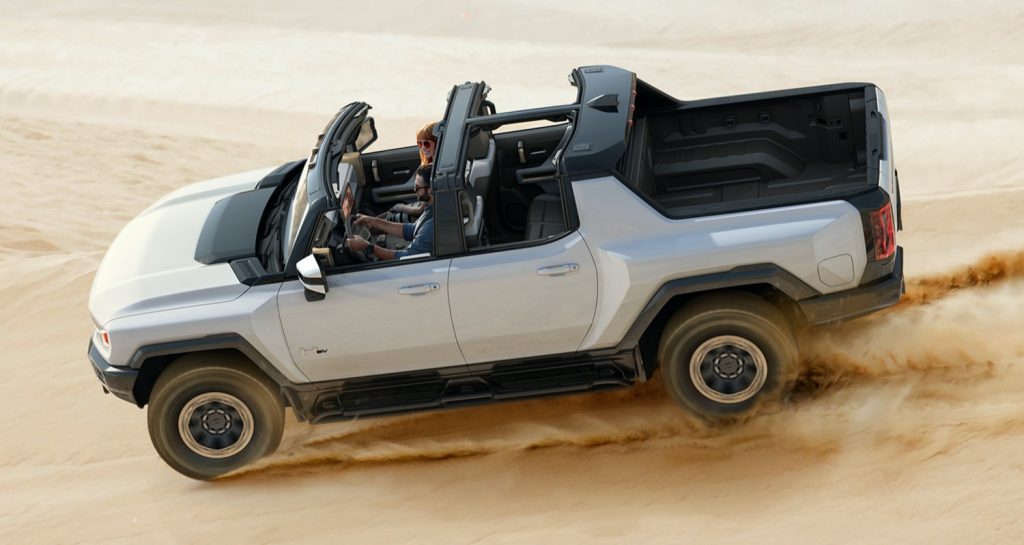 I guess the auto world spoke it into existence: in the United States, not too long ago, General Motors presented the first 100% electric pickup in its line, the Hummer EV. The comeback is complete and the timing was perfect, I would say. The new model – made under the GMC flag – will be sold in the North American market until the end of 2021. Hummer EV will debut the brand’s zero emission utility category. The brand, once maligned for its malignant environmental profile, now will sport GM’s latest all-electric drivetrain, based on a 200-kwh battery pack that’s said to be good for 350 miles of range.

That three-motor setup will put out around 1,000 horsepower (Remember the 300hp I talked about earlier? From 300hp to 1000hp, just WOW!), GM says, and more than 1,000 pound-feet of torque. With DC fast charging, GM also promises 100 miles of range restored in 10 minutes. The new Hummer EV electric pickup truck is equipped with Ultium batteries, which have a range of more than 560 km with a full charge. In addition, the model also features 4 × 4 all-wheel drive. The Hummer EV’s other attributes are said to include four-wheel steering with a diagonal-steer “crab” mode making parking so much easier (the best feature, in my opinion), an adaptive air suspension, and an underbody-protection system that girds the battery against rock-crawling damage. 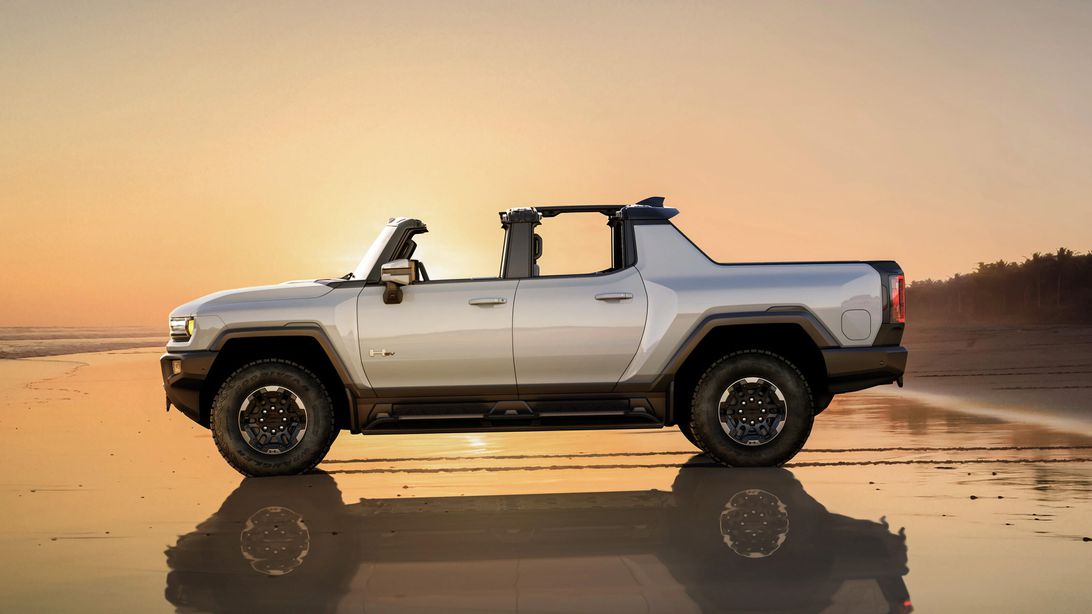 We all know that if all the specs are there GM, the Hummer EV can and will bring the Hummer brand back to the big boys’ league. GM informed the initial version will cost more than triple the price of its H3 ancestor. With a starting price of $112,595, the 2022 GMC Hummer EV Edition 1 will become the latest in a growing lineup of new vehicles that cost more than $100,000. 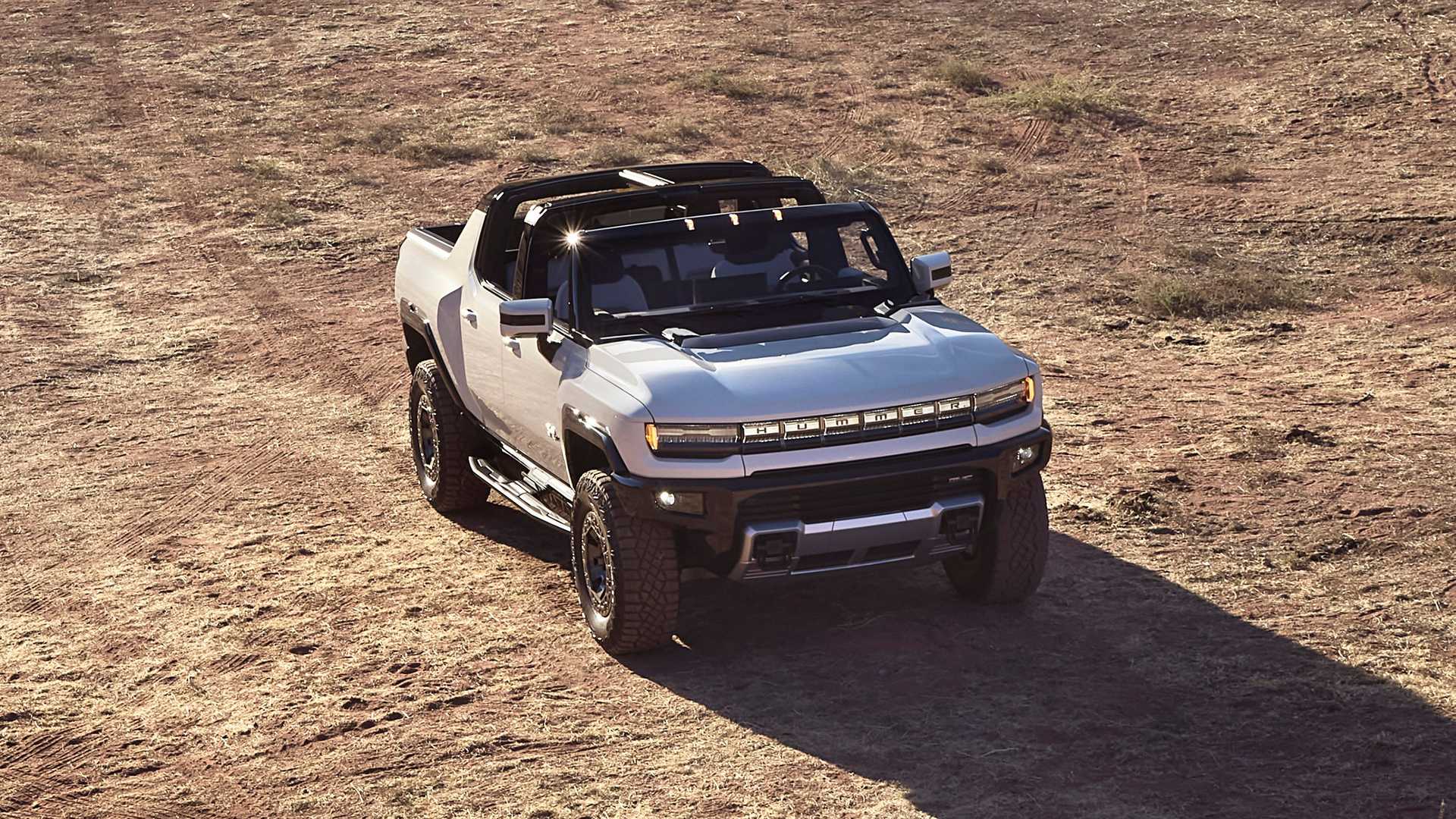 The Hummer pickup truck is slated to go into production in late 2021, with deliveries starting shortly after. That’s right around when Tesla’s Cybertruck is supposed to hit the road and just a few months after EV startup Rivian will start shipping its own electric pickup and SUV. You know what they say: timing is everything. GMC also plans on making an electric Hummer SUV, though there is currently no timeframe for that vehicle.

Let’s recap. 30 years ago Arnold Schwarzenegger saw a convoy of military Humvees driving down the street in Washington, DC, and had the idea of acquiring one for himself. The Terminator actor and former California Governor was the trendsetter of that period for Hummer, but not for the new generation. The new spokesperson will be LeBron James, the most anticipated NBA star that got one back then for his graduation. It’s the perfect fit for this comeback. 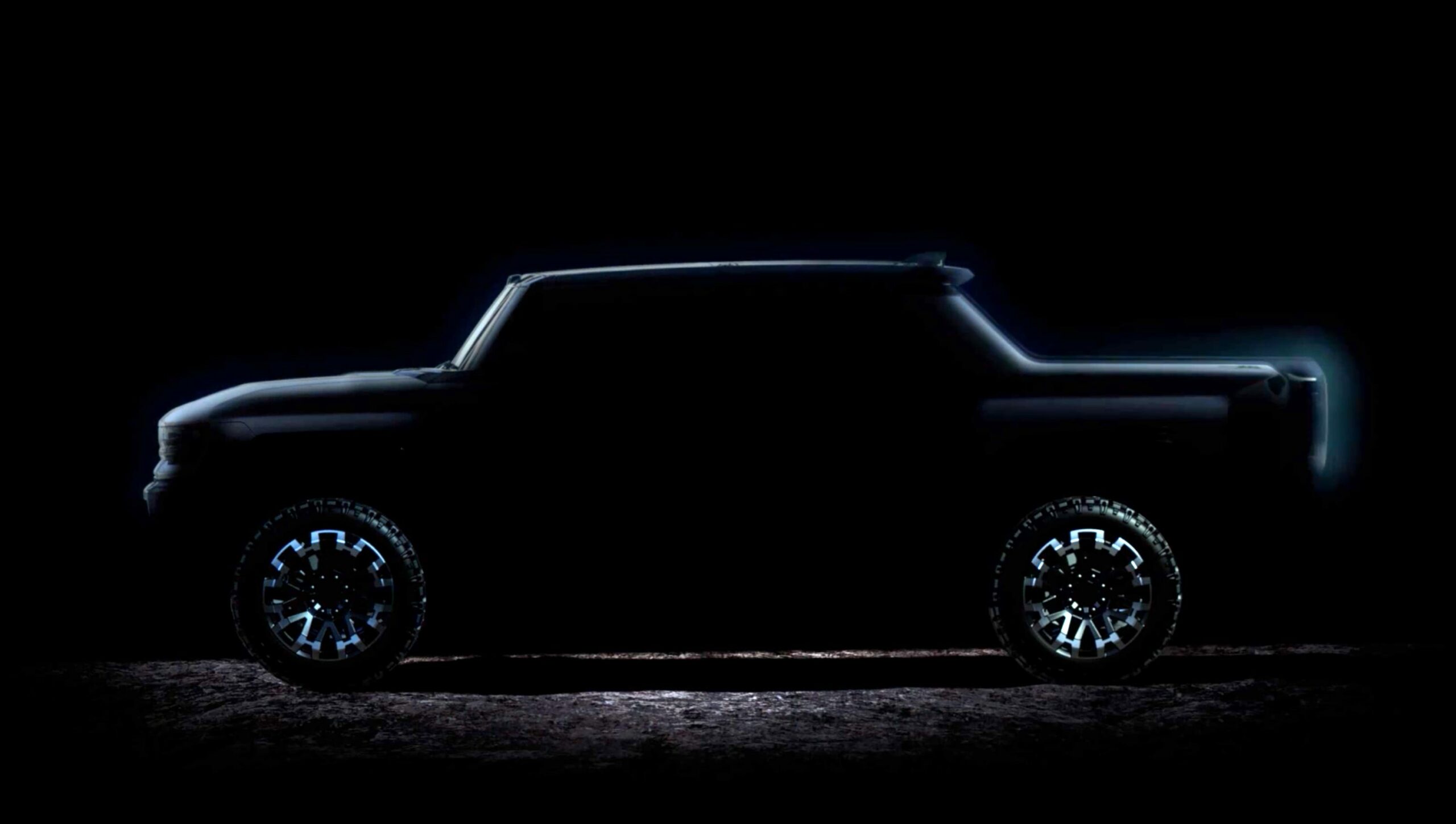 “Any time I have any type of partnership, it’s always pretty simple,” James said about the endorsement deal, “anything that’s organic and then is something that I have a good deal of respect for.” The relationship will continue.

Will we see the Hummers back on the driveways stunning the neighborhoods? The cleaner versions this time? For sure, I cannot wait to see a new Hummer EV with 28’’ rims, like back in the days. It’s a must!