Racing can be one of the most spectacular sport around. It takes more than horsepower to get the win. It takes skills, guts and a bit of cockiness like your son’s favorite hero Flash McQueen.

The Daytona 500 is a race that saw the light in 1959 in Daytona Beach, Florida. This year edition was by far one of the most spectacular race we’ve seen in while.

After racing for 500 miles (or 805km) on a loop, it’s Denny Hamlin who crossed the finish line as the winner. Beating Martin Truex Jr, by one tenth of a second. It was, literally, the closest win we could remember  since watching the Piston Cup in the original Pixar movie in 2006.

We couldn’t  ask for a better picture perfect to end this race. The stakes were so high that it took several minutes for the judges to  rule the winner of the closest race in the history of the Daytona 500.

Denny Hamlin could finally jump for joy after hearing the judge’s ruling of an awe-inspiring race and a breathtaking finish. For once, Twitter seemed to be unanimous: Hamlin deserved his win ! 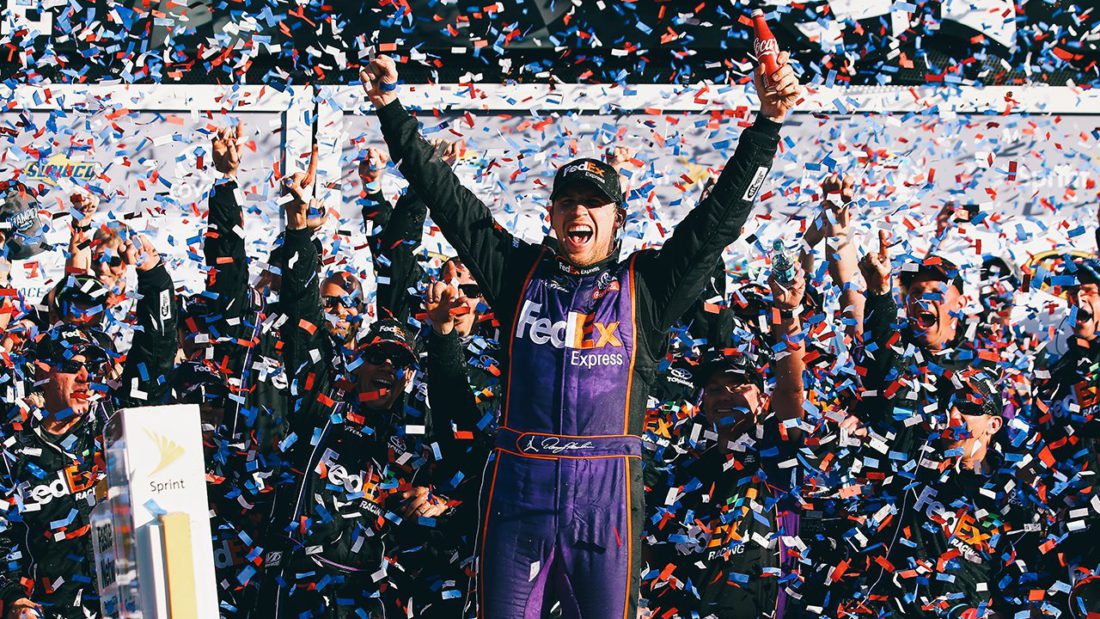 Racing is as exciting as its car crashes! This year Daytona 500 was filled with some impressive crashes. Just check out Chase Elliot amazing stunt. Luckily for him and for us, he came out of it without any major scratches.

You know how uncle Sam throws a party, right ? So the Daytona 500 wasn’t different from the rest. It was the place to be for those who wanted to be seen. Sports figures and celebrities mingled together like crew members. We could spot John Cena, the famous American wrestler, enjoying the show from his VIP angle.

Keep in mind that the Daytona 500 was the first race of the Sprint Cup Series. After such a great start, we can’t wait to see how the rest of the season will evolve. Fast, we suppose.